Chianti wines -- are the wines produced in Chianti Region, Tuscany.

Sangiovese is the vital and main part of Chianti. It provides the wine with flavours of black and red cherries, transparent ruby hue, and mouthwatering acidity. Herbs, violets, spice, and earth are common accents in Chianti. There are several categories of “Chianti”: Chianti DOCG Seven Subzones, Chianti Colli Aretini, Chianti Colli Fiorentini, Chianti Classico and etc. Here we will have a closer look to a few categories

Chianti DOCG -- 70% Sangiovese + a maximum of 10% Malvasia and Trebbiano. International Varieties like Merlot, Cabernet Sauvignon, and syrah, as well as native grape varieties, like Canaiolo, Nero and Colorino, are allowed in Chianti DOCG. It is the broadest chianti appellation since 1996. Any grapes from the region can be used, except grapes from Chianti Classico

Chianti Classico DOCG -- 80% of Sangiovese Grapes +  max 20% of any of Colorino, Canaiolo Nero, Cabernet Sauvignon and Merlot may be used. From 2006 white grapes are banned. Gran Selezione is the top category for Chianti Classico, the grapes from the best estates vinayrds, and wine ageing 30 months before release.

Ricasoli is one of the oldest wineries in the worlds, established in 1141. 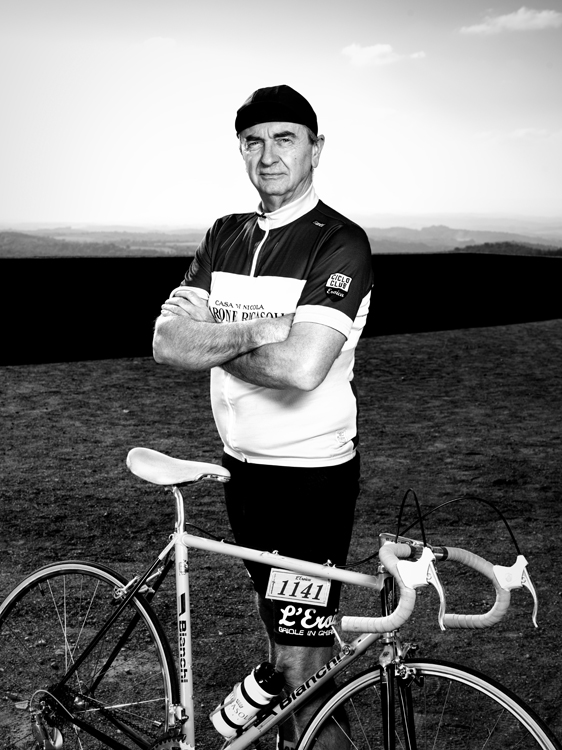 Ricasoli is the most representative wine producer in the Chianti Classico area. With its gentle hills, velvety valleys and thick woodlands of oaks and chestnuts, the 1,200 hectares of the property include almost 240 hectares of vineyards and 26 of olive grovesю

Francesco Ricasoli, the current owner and President of the company, has generated new ideas and concepts to render the vineyards sustainable. The ongoing study of soil types and the clonal selection of the Brolio Sangiovese are among his greatest passions, and he has totally renovated the vineyards and completely mapped them.

The new wines are therefore the expression of research carried out with the same scientific rigour of his illustrious ancestor but with a contemporary spirit, like a runner receiving the baton and carrying it forward with renewed energy. 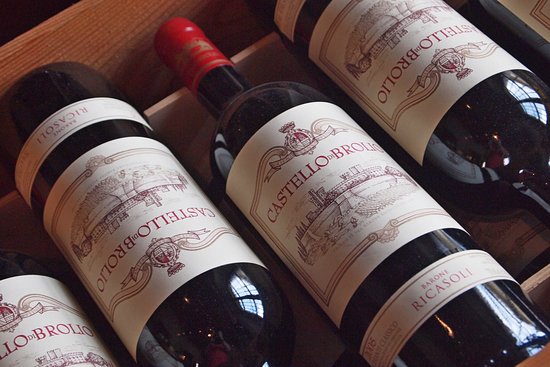 Interesting documents from the late 1600s report the first exports to Amsterdam and England, whereas at the start of the 1900s, the wines from Brolio were well known and appreciated, requested and exported all over the world: from China to Saudi Arabia, from South Africa to Guatemala, from Costa Rica to the one-time British colonies in Africa. Most especially, in 1872 Baron Bettino Ricasoli (1809 – 1880), illustrious politician and visionary wine entrepreneur originated the formula for Chianti wine, now called Chianti Classico.

Besides an incredible array of Sangiovese grapes, for centuries countless grapevines that today we refer to as “nonnative” varieties have been studied and grown in Brolio. These include Merlot, Chardonnay, Cabernet Sauvignon and many others. These are the matrix of the DNA of Ricasoli wines.

The main variety is Sangiovese, which grows perfectly in the lands of Brolio.

We are not certified organic, but we make extra effort to employ agronomic techniques with low environmental impact. Research and applied technologies have allowed us to respect the territory fully while producing quality wines. In this way, we interpret and practice the concept of sustainability and consider it a point of pride.

Ricasoli has always been aware of its role as a protagonist in the Chianti Classico area and is focused on conserving the territory and making it useable for local inhabitants and visitors alike. The ongoing efforts of the company can be seen in the reconstruction of the estate farmhouses, the maintenance of the old estate roads and of their dry-stone walls, and much more.

The three pillars of sustainability (social, environmental, and economic) are therefore all respected and the wines produced to reflect the company vision and the magnificent terroir in which they are produced. The cellars of Barone Ricasoli are at the foot of Brolio Castle, separated from the main body of the winery, and used exclusively for winemaking.

Each vineyard plot is harvested separately. Once gathered, the grapes are taken to the vat room in containers with a maximum capacity of 200 kg; vinification takes place in small steel vats, enabling careful regulation of the fermentation process and keeping the characteristics of every single vineyard plot separate.

Experimentation and a thorough knowledge of the land have led us to vinify separately even within the same plot, according to the morphological similarities of the subsoil. The structure of the winemaking cellar is devised so that the vats are filled by means of gravity, which allows a gentle punching down and extracts the most desirable substances from the skins.

At the end of the fermentation process the wines are transferred to barrels of various sizes and oak barriques in the barrel aging cellar. Frequent laboratory monitoring accompanies Ricasoli wines throughout their development right up to their long (sometimes very long) bottle aging in temperature-controlled rooms, before being sent off to their destinations in the four corners of the earth.