The men who have written the history of Italia enology gathered with a purpose: to create a great, important and mythological Sardinian wine.

In 2002 Agripunica bought a land divided into two estates: Barrua and Narcao, situated in the southwestern zone of Sardinia, in an area known as “Basso Sulcis”.

Even though the vineyards are situated in the DOC Carignano Del Sulcis area, the wine falls under the I.G.T. Appellation of Isola dei Nuraghi, a name referencing the ancient stone buildings built by the Nuragic civilization which shaped the island’s development from the Neolithic age until 238 B.C. when Sardinia was brought under the Roman Empire. 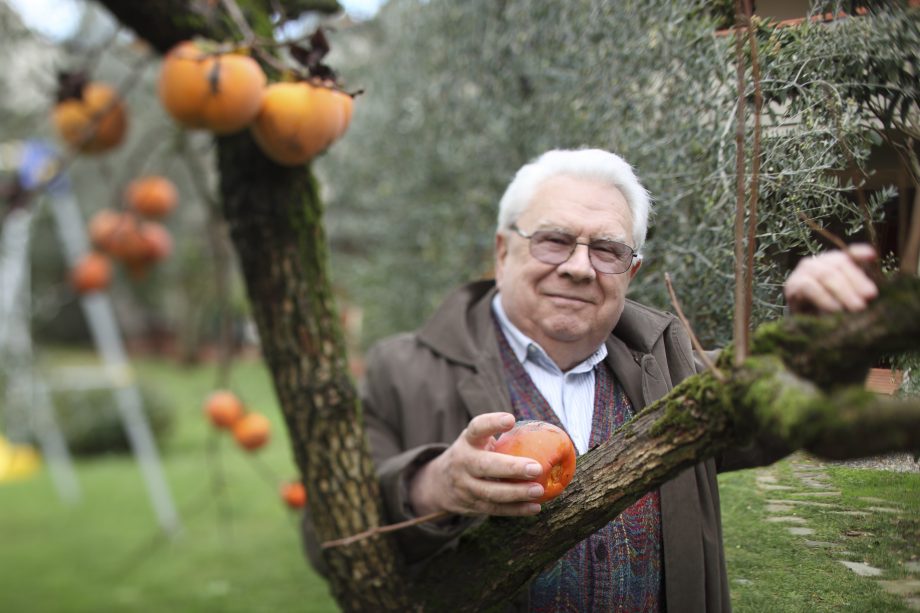 The mission of Agripunica was to produce the finest wines taking advantage of the local Sardinian varietal Carignano in blend with some other Bordeaux wines, of which Tachis (on the left photo) was a master winemaker.

Giacomo Tachis was an Italian oenologist. Known as the father of Super Tuscan wines, he has been credited with having kickstarted Italy’s wine renaissance.

As a young man, he began work on making Sassicaia successful and he had primary responsibility for the vinification there until he retired at the age of 77 in 2010!

But Tachis is best known for taking cabernet sauvignon and other Bordeaux grapes to Italy where they first began to be used in the original so-called Super Tuscans such as Ornellaia, Sassicaia and Solaia.

He made innovative choices for his time, such as exceeding the area specification for Chianti Classico, using the malolactic fermentation and using barriques for the aging periods, so that the barrique “became one of the symbols of the Italian wine renaissance”. In addition to wines he created, he promoted and collaborated to the production of several other wines, including the Sardinian Vermentino and Carignano, the Sicilian Nero d’Avola, Inzolia, Cataratto and Grillo, the Piedmontese Barbera and Nebbiolo, Lambrusco from Reggio Emilia and Sangiovese from Tuscany.

With these ideas in mind, Tachis in 2002 made the first red for Agripunica, Barrua followed three years later by the second label Montessu.

The two “jewels” wisely blended were soon recognized as excellent products, gaining several awards worldwide since the beginning. Once more, Giacomo Tachis have had the right vision and his wines, with a distinguish style and identity, will always tell a story anytime poured and savoured in the glass! 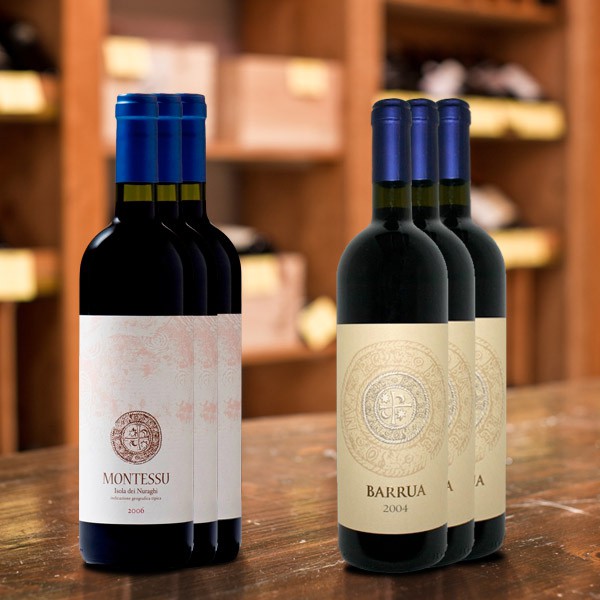 In the Sulcis the quality of Carignano is excellent, not only for the colour: from tannins to the acid titrant patrimony always temperate and elegant as well as the souplesse of its more relevant components.

Its polifenolich wealth is composed by a very delicate tannin tissue, which is round, sweet in a refined manner, chromatically embroidered by refined antociani. These tannins have been polymerized in the grape while it is still pending from the plant.

Its extractive belongings are plentiful attesting the sun generousness.
The colour is intense, chromatic gift of the nature reminding the Phoenicians purpled red.

The white wine Samas is a Vermentino and Chardonnay blend offering distinguishing mineral notes as well as delicious fruity flavours. It can be paired with any fish dishes or white meat; superb as an aperitif!

The Southwest corner of Sardinia is a near-perfect environment for the hot climate traits of the Carignano vine. Winters are mild and summers are hot and dry, with temperatures sometimes stoked by the fierce Scirocco African winds blowing across the Sardinian Sea, among the hottest in Italy. An extraordinary average of seven hours of sunlight daily anable the fruit to reach a level of ripeness such that polymerization of the tannins begins within the berry while it is still on the vine.

“It is the amount of light that makes this the perfect region of Carignano based wines! – The sun provides heat and light which causes grapes to mature very well. The Cabernet and Merlot mature much faster than they would in Bordeaux for example; on top of that, the wonderful influence from the sea regulates the extreme summer heat and stabilizes the climate”, recounts Giacomo Tachis.

The Carignano quality in the Sulcis is excellent not only for the colour, for structure and alcoholic richness of the obtained wine, but also for the tenderness of its extractive components: from the tannic ones to the acid titrant patrimony which reveals itself temperate and elegant going from the aromatic to the spicey, from the glycerine moods to all the rest.