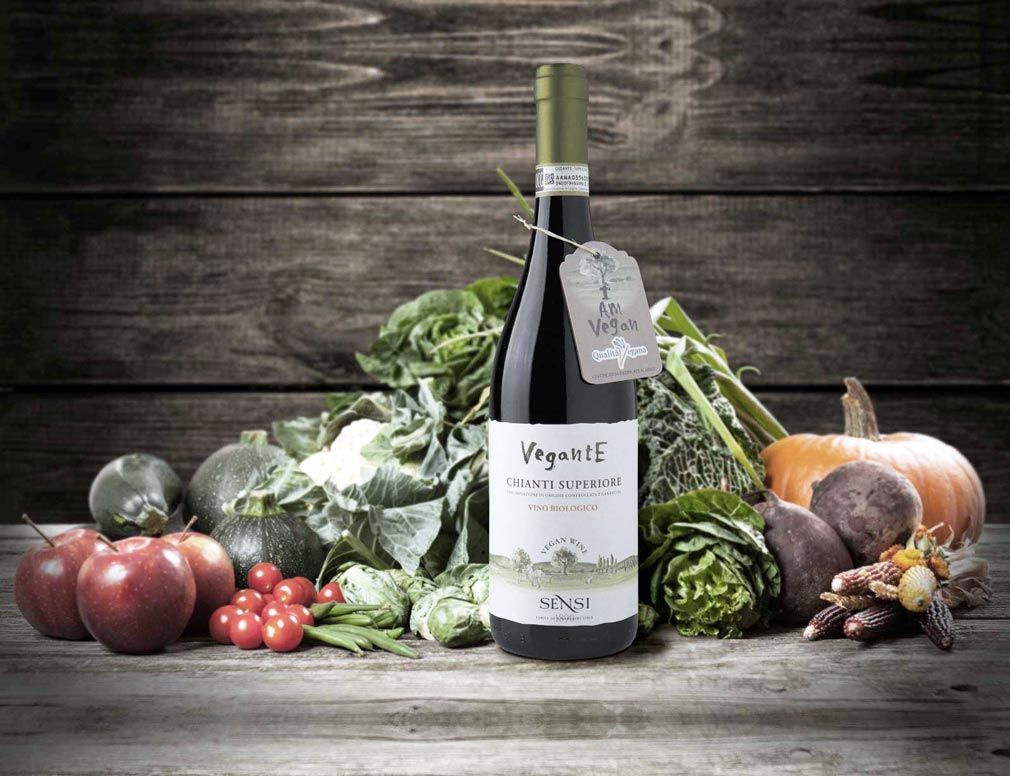 The Chianti Superiore Vegante is obtained according to the dictates of the vegan philosophy, avoiding the use of animal-derived products in the various stages of cultivation, vinification and wine stabilization. Moreover Vegante is a not filtered, and is packaged with materials strictly ecological and with less environmental impact, such as the cap product with derivatives of sugar cane and the label produced with recycled paper, to avoid deforestation, and printed with ecological colors. The symbol vegan Quality certifies the integrity of the process of ethics under which this wine is produced.

Production area: Produced in the heart of Tuscany

Technical information: The Chianti Superiore Vegante originated from the Sensi family’s desire to return to the origins of the Chianti and to the tradition of the varietals used at the beginning of 20th century. The wine is produced with the utmost attention to the vineyard and the grapes are selected by hand. This wine has the added value given by the “VEGAN” certification, as no animal products are utilized in the production processes

Soil composition: Thilly terrain, with elevations of 150-250 m above sea level, consisting of predominantly clayey areas, with chalky-marly soil and areas that are principally sand and pebbles

Marketing period: From September 1 of the year following the harvest

Vinification and ageing: Careful inspection and analysis of the grapes helps us to determine the optimal harvest period in late September to mid October. Alcohol fermentation takes place in steel tanks at a controlled temperature of 24/28 °C for 10-12 days of maceration on the skins with racking technique. Fermentation is spontaneous, with indigenous yeasts. After the alcoholic fermentation, the wine is aged in stainless steel tanks where malolactic fermentation takes place and where it is kept until it is bottled. The product is not filtered and is processed with the greatest respect for its natural characteristics

Suggested pairings: Wine to drink with friends enjoying the elegance and intensity of its aromas. It goes well with grilled vegetables and legumes and all recipes of the vegan kitchen

Vegan philosophy, the reasons behind our choice
The word “vegan” was coined in England in 1944 and represents a philosophy and a lifestyle that seeks to exclude – insofar as is feasible – all forms of exploitation and cruelty to animals perpetrated to produce food, garments or for any other purpose. By extension, it promotes the development and use of non-animal alternatives, for the good of man, animals and the environment. From a dietary point of view it translates into avoiding any product derived, in whole or in part, from animals.

sapori.co.nz
•
Follow
I am biased towards @masiwines as they are from the same region I come from and they were the first wines I added to Sapori’s portfolio. Today we taste a Private Collection Osar made with the rare Oseleta grape. Technically not an Amarone but sublime in its majestic lightness. #veneto #valpolicella #amarone #italianwine #redwine #foodandwine
View on Instagram |
3/9

sapori.co.nz
•
Follow
Strega Liqueur (Liquore Strega) is an herbal Italian liqueur with a unique flavor and a distinctive bright yellow color. It's a digestif (or amaro) made from a secret recipe that includes about 70 botanicals, most notably saffron, mint, and juniper berries. Often compared to yellow chartreuse. My favourite digestive. #amaro #cocktail #digestif #italianliqueur #ponsonbybar #aucklandrestaurant
View on Instagram |
4/9

sapori.co.nz
•
Follow
@cantina_giogantinu_ Vermentino di Gallura and we are in Sardinia. The granitic soil of Gallura produces a highly mineral white. Getting our selection ready for summer! #sardegna #vermentino #italianwine #foodandwine #aucklandrestaurant #wellingtonrestaurants
View on Instagram |
5/9