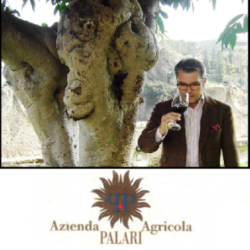 Salvatore Geraci makes one of the icon wines of southern Italy: Faro Palari. An architect by training, this charismatic Sicilian from Messina approaches every detail with extreme precision, from the health of each of his vines to the ambitious restoration of his family manor into a modern winery and tasting room.  The 2009 Faro Palari is firm and static with solid aromas of dried raspberry, iron, wet earthy and anisette seed that rise from the glass.  The 2009 vintage is broad and brawny with a masculine personality. Drink 2018-2035. 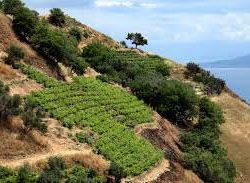 On the hills high above the Strait of Messina, wine production dates back
to the 14th century BC and survives today with ancient native varietals with
intriguing names: Nerello Mascalese, Nerello Cappuccio and Nocera. 

The fruit of low yielding 80+ year-old head-trained vines is hand-harvested from south-east facing,

These extreme conditions allow for a dramatic swing between warm diurnal and
cool nocturnal temperatures, creating an elegant balance between fruit and
acidity in the resulting wine. Following temperature controlled fermentation
with native yeasts, the wine spends two years in predominantly new barrels
of Troncais or Allier oak followed by extended rest of at least 18 months in
bottle, unfi ltered, before release. Palari Family Proprietor Salvatore Geraci is
credited with saving the ancient Faro denomination from extinction with the
1990 revitalization of his grandparent’s estate, originally founded at the turn
of the 20th century.