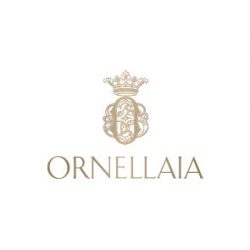 Ornellaia is a cuvée of Cabernet Sauvignon, Merlot, Cabernet Franc & Petit Verdot and the faithful expression of unique terroir developed in harmony with nature.

The desire to nurture the Estate’s exceptional qualities has shaped Ornellaia’s philosophy since the beginning. Ornellaia is a cuvée of Cabernet Sauvignon, Merlot, Cabernet Franc & Petit Verdot and the faithful expression of unique terroir developed in harmony with nature.

“Ornellaia 2017 masterfully interprets what was a particularly warm and sunny year. The intense and dark colour heralds a wine of beautiful concentration; the nose, rich and complex, releases scents of ripe red fruits, accompanied by notes of sweet tobacco and vanilla. The taste reveals an Ornellaia of great balance, a combination of firmness and pleasant freshness.”

2017 will go down in history as being one of the hottest, driest years ever. Things were clear from the outset due to a particularly mild winter, with temperatures over three degrees higher than the seasonal average and rains within the norm. Consequently, the vines budded much sooner than usual, almost two weeks in advance. The vegetative cycle was accompanied by hot weather with very little rain from the month of March, and this was interrupted by a sudden drop in temperatures at the end of April, which caused frost in various parts of Tuscany. Thanks to the mitigating effects of the sea, temperatures remained above zero along the coast, preventing damage to the young buds. The hot, dry weather returned in May, limiting vegetative development and the size of the bunches, while flowering occurred under excellent conditions. There was virtually no rain in July and August but fortunately the hot weather was offset by cooler temperatures at night. The harvest began early, with the first Merlot on the 24th of August, continuing through until the last week of September in hot weather and under sunny skies. Rain finally put in an appearance around the middle of month, cooling things down and creating the perfect conditions for the later-ripening varieties.

The clusters were hand-picked into 15 kg boxes and then selected by hand on a double sorting table, before and after destemming, and finally softly crushed. In 2016, optical sorting has been introduced in addition to manual selection, in order to further increase the quality of selection. Each grape variety and single vineyard block was vinified separately. Fermentation took place in stainless steel and concrete tanks at temperatures below 25°C for a week, followed by maceration for about 10-15 days, for a total time in the vat of about three weeks. The malolactic fermentation took place mainly in oak barrels, 70% new and 30% once-used. The wine then remained in barriques, in Ornellaia’s temperature-controlled cellars for about 18 months. After the first 12 months of maturation, the wine was assembled and then returned to the barriques for an additional 6 months. After bottling, the wine aged a further 12 months prior to release.