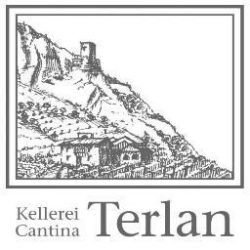 Expansion: Harvest and grape selection by hand; Destemming of the grapes and then slow fermentation of the mash at a controlled temperature and gentle mash movement in the stainless steel tank; Malolactic fermentation and aging for 7-8 months in large wooden casks.

Color: strong ruby ​​red color
Smell: The St. Magdalener is convincing on the nose with a clear, ostensible fruit of black elderberries and cherries, rounded off by a bitter almond aroma and a nuance of violets
Taste: Just as fruity on the palate but at the same time soft and elegant, this red wine also has an appealing format thanks to its balanced acidity and low tannin content

The wine year 2019 was a very multifaceted year.
It started with a dry and warm March. This was followed by a changeable April and a rainy, very cool month of May. This long-lasting cool weather caused the vines to develop very slowly and resulted in a somewhat delayed flowering in early June. This was followed by a hot, summery June, which was characterized by an extreme heat wave with record values ​​close to the 40 ° Celsius mark. These weather conditions favored rapid and lush vine growth. The months of July and August were no longer so extremely hot. In the meantime, there were repeated heat thunderstorms, which on the one hand provided the necessary cooling and on the other hand, locally but also brought violent hailstorms with them, with great damage mainly in the area around Bozen-Gries.
The harvest began in the first week of September and therefore, looking back over the past 10 years, a bit late. A beautiful autumn allowed the grapes to ripen well and thus promises a good 2019 vintage.

Cool storage at constant temperature and high humidity and with as little exposure to light as possible. Cellar
temperature: 10 – 15 ° C

South Tyrol is one of the smallest wine-growing regions in Italy. Thanks to its geographical location at the intersection between the Alpine north and the Mediterranean south, it is also one of the most diverse. Countless generations have shaped South Tyrol as a wine country, where winegrowers in different climates, with changing soil types and at altitudes of 200 to 1,000 meters. Authentic wines with their own character are created here, with the focus on white wine: around 60 percent of the vineyard area is planted with white and only 40 percent with red grape varieties.

The towering peaks of the Alps protect South Tyrol in the north from harsh northern Atlantic currents, while the country is shaped by Mediterranean influences in the south. This results in large temperature differences between day and night, which ensure elegant maturity.
Mountain groups like the Adamello also have a protective function to the south. That is why the annual amount of precipitation is only about a third compared to the southern foothills of the Alps and the tanning intensity is higher. These climatic conditions are reminiscent of wine-growing regions such as the Swiss Wallis.
When the sun rises behind the eastern mountains of Terlan on one of the 300 sunny days, it is already high in the sky. This is because the wine region is oriented south to south-west. The direct solar radiation is higher due to the lower density of the atmosphere, the diffuse radiation is lower at the same time. This increases the difference between sunny and shady slopes.

Microclimate in Terlano
Continental climate ( Cfa  according to Köppen-Geiger)