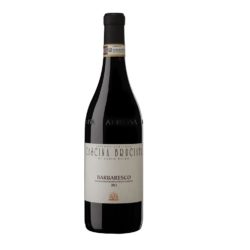 In 2007, Barbaresco’s different crus were officially recognised (the so-called Menzioni Geografiche Aggiuntive or MeGA), and these 65 hallowed sites are now recognised on labels. It was about time, too, as locals have long known that some sites always deliver better grapes than others – much like in Burgundy, where a patchwork of premiers and grands crus also exists. In fact, one of the most fascinating aspects of Barbaresco is just how different wines can be depending on where the grapes were grown. Just like there’s a world of difference between a Musigny and a Corton, the same is true of a Barbaresco from Rio Sordo and one from Montestefano.

The crus of Barbaresco

The majority of this sub-region’s best crus are located south of the town of Barbaresco towards the hamlet of Tre Stelle and Treiso. Other quality vineyards lie to the town’s north-east, and of these, Montestefano is an exceptional site. Its higher-lying vines have benefited the most from climate change, as its slightly cooler microclimate guarantees wines of both body and finesse. Generally speaking, the Barbarescos of Barbaresco are the most complete and balanced of all.

Best crus: Pajè, Pora, Asili, Martinenga, Montefico, Montestefano, Muncagota, Rabajà, Rio Sordo, Roncagliette and Secondine. This latter site is where Angelo Gaja sources the grapes for his worldrenowned Sorì San Lorenzo (no longer a Barbaresco because he chooses to include a little Barbera in it; Barbaresco, like Barolo, must be 100% Nebbiolo).

Sapori d’Italia is a sponsor of the ITALIAN FESTIVAL September 27th in Newmarket
September 18, 2015